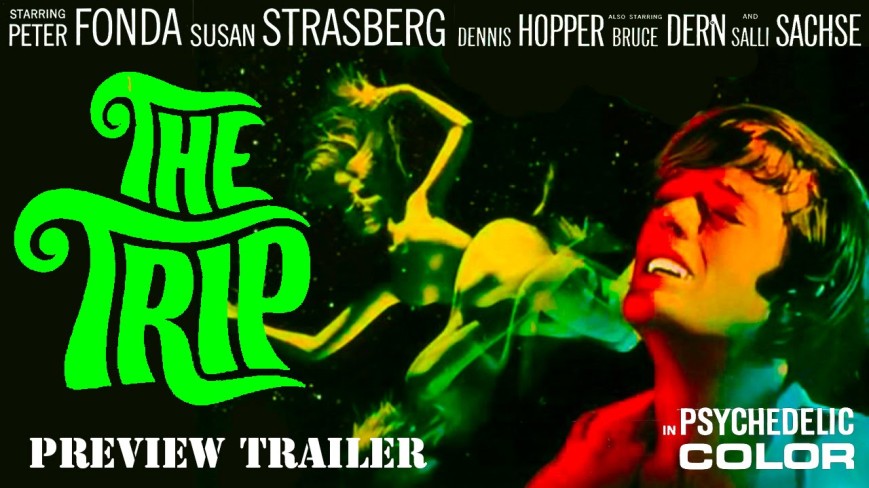 Sat down to watch The Trip again last night, the Roger Corman/Jack Nicholson flick with Peter Fonda, and about ten minutes in it dawned on me that I had never seen The Trip. How I do not know. Great psychedelic freakout turned free form jazz score with the Electric Flag, though the occasional bass line kept making me think it was Country Joe and the Fish. A living, breathing, uncharred Gram Parsons in the club. Bruce Dern with a frightening beard. Dennis Hopper being quintessentially Dennis Hopper. Plus women in strictly supporting roles, this being the sixties. Lots of psychedelicized screwing. Grooviness and paranoia. What’s with all the horses? I didn’t know LSD came in gel caps. Peter anxious. You’re always nervous your first time Bruce Dern says. Bruce Dern knows. He knows. The score gets hazy, eastern, psychedelicized. Peter coming on. Dig those crazy colors. Peter holds an orange. That’s the sun in my hands, man! Jack Nicholson wrote, Oh, it gives off an orange cloud of light that just flows right out over the sea! Bruce Dern smiles knowingly beneath that mammoth beard. The camera follows Peter. Peter one with the universe. Peter naked and freaking. Peter home invading in a creepy scene. Peter weirding out the lady in the laundromat, who steals the scene. Peter freaking big time. You’re stoned out of your mind, aren’t you, said the blonde waitress. Peter staring, child like. Peter must have gotten laid like crazy with that look. Now Peter smelling bacon, ditching the pigs. Peter lost in acid terror, finds himself back at Dennis Hopper’s pad. Dennis senses his trauma. I wish there was some hip way of telling you this, baby, he tells Peter, but, ah… you’re one with and part of an ever-expanding, loving, joyful, glorious, and harmonious universe. I think the police are after me, Peter says. Bummer. I got a house full of pot, Dennis says, you better split. Peter back on Sunset Boulevard. Chicks everywhere, groovy blonde chicks, Susan Strasberg even, dancing, giggling, balling. Free love, baby, when in doubt, fuck. Peter is in doubt. Peter is one with everything, yet not one with anything. Crazy sax blowing turns to flute exploration. Peter is down at the sea shore to let the waves wash his mind. In the gray dawn perfectly good breakers go unsurfed. This is so beyond Frankie and Annette now. Beyond Dick Dale even. The naked lady dresses as Mike Bloomfield plays some crazy blues figure on the guitar. She asks Peter about the trip. Did he find what he was seeking? Yeah, I’m hip about time, but I just gotta go, Peter says, in the wrong movie. In comes the Electric Flag, grooving over the credits. That’s it, baby. Self-actualization, rock’n’roll and screwing on the Sunset Strip. 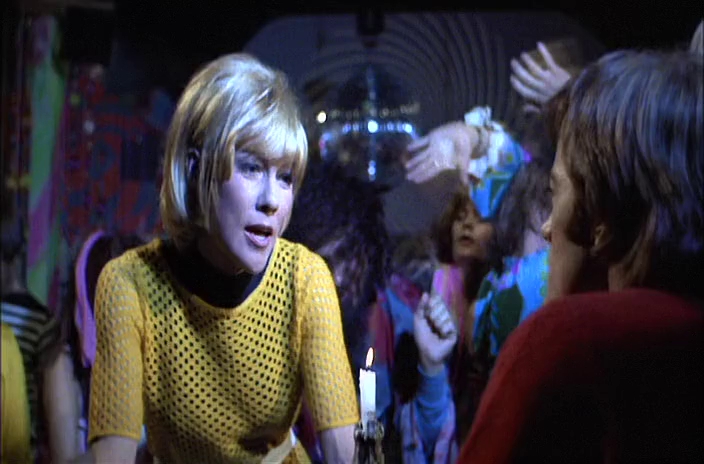 You’re stoned out of your mind, aren’t you?