My pal John Altman just pointed out that today would have been Ollie Halsall’s 66th birthday. Alas, he barely made it into middle age. The usual things. But I did manage to see him one night at the Whiskey with John Otway, opening for the incredible Pere Ubu. It was 1979, I think. A duo–an unusual format at the time–pairing an utterly mad singer with an utterly mad guitar player. Now I knew John Otway’s name somehow–he used to pop up in the pages of Zig Zag, looking mad–but I had no idea who the guitar player was at all. Ollie somebody. They certainly put on a berserk show. At one point Otway hurt himself somehow–he was already bleeding from a split lip where the mic had bashed him, when some kind of backflip ended badly and he was prostrate momentarily, then staggering around out of sorts and it just seemed to drive accompanist Ollie to new heights. Crazed virtuosity. Wild eyed, fingers a blur, rule book out the window. Some people thrive on anarchy, and those were anarchic times. Certainly made an impression on me, especially right at the front of the stage as I was. It was years before I found out who he was. I was telling a friend about this incredible guitar player I’d seen with John Otway. He said that was Ollie Halsall. Didn’t ring a bell. So he gave me a mix tape that included a Patto tune. Loud Green Song. Jazzy prog guys doing proto-grunge or something. Whatever, it was more crazy playing. I wore the cassette out. I mentioned the cassette to another friend. You have to hear Patto, I said. He remembered Patto. Not his thing. But he gave me a custom made Patto tee shirt for my 40th birthday. I still have it. It’s several sizes too small (I stopped wearing large when I was in grade school, I think) so it is still in perfect shape. A one of a kind Patto tee shirt in mint condition. Probably worth a zillion dollars on Ebay. Maybe two zillion. John Altman snuck me into the one time ever Rutles reunion gig at the Pig and Whistle (open bar!) and I told Patto/Rutles drummer John Halsey about the shirt. He looked at me like I was an idiot. Drummers can tell these things. 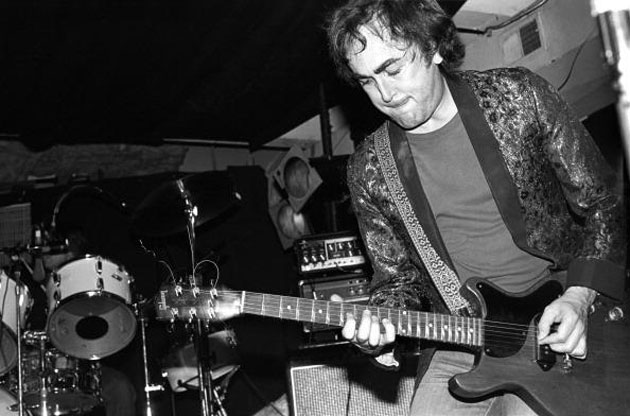 So Fyl mentioned that she needed socks. Even the socks the Sioux keep sending her we’re getting holes in them. We looked at the Kohl’s site and she found some zany socks. She likes zany socks. Then she said she needed underwear. Underpants? Nobody says underpants she said. They say panties. She didn’t see anything […]