I give up. I saw that Man In the Middle was on again last night, so I watched it. My fourth attempt. It’s not the greatest flick, but it’s a Robert Mitchum movie, so it’s obligatory alpha male viewing. Trevor Howard just ups the ante. Mitchum plays an army lawyer defending American soldier Keenan Wynn (another manly man) who murdered a British officer, apparently a crime. It’s in India, far from the front, and everything is tropical and sticky and noir. Fraffly hot. At some point Mitchum winds up at France Nuyen’s pad in the middle of the night. She comes to the door in a negligee. (It’s opaque, settle down.) They talk in abstractions. Mitchum, torn between moral dilemma and tough guy not giving a fuck, smokes his eight hundredth cigarette of the film. France Nuyen wafts about in the hot night air, her accent oozing impropriety. If you want to rest your conscience on my pillow, she purrs, that is alright too. Her clipped francophone Vietnamese pronunciation hints at a zillion vowels and tones missing in English. Mitchum digs it and almost emotes. They are all over each other and the scene fades to morning. Or it does here, in our living room, since invariably about this time in the movie I fall asleep and wake up on the couch hours later with the sun peeking through the curtains. In four tries I have never gotten past the scene where Mitchum beds France Nuyen. This morning I woke up and instead of France Nuyen and Robert Mitchum or even Trevor Howard and Keenan Wynn there was George Peppard in a German uniform. I stared, bewildered. Frühstück im Tiffany’s? No, that’s not Holly Golightly, that’s Ursula Andress. George clicks his heels and salutes. The Blue Max. That one can put anyone to sleep. So I turned off the TV and went to bed. 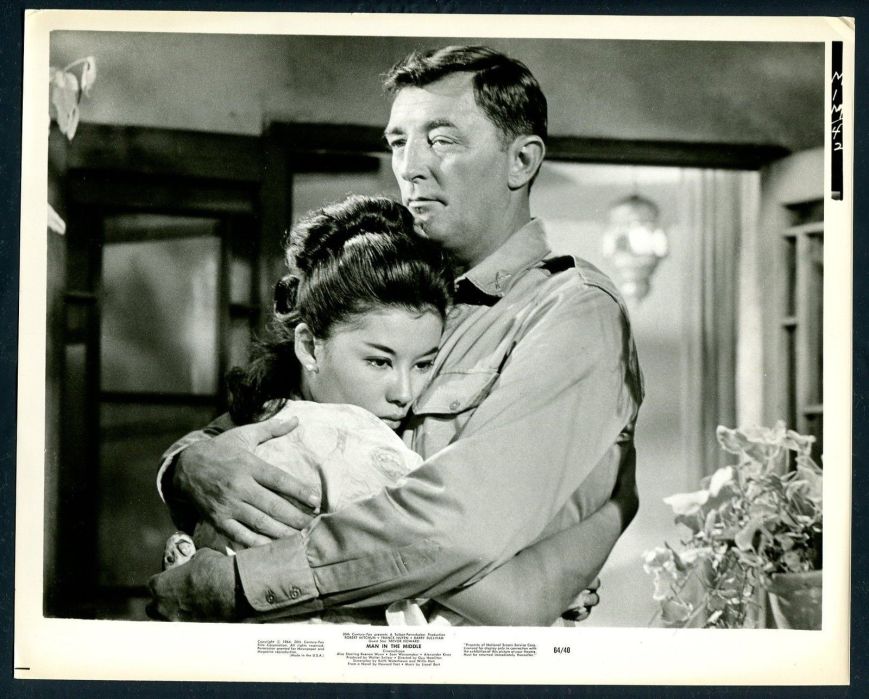