Elis Regina and the Zimbo Trio performing “Zambi” in Sao Paulo, Brazil in 1965. That’s Amilton Godoy on piano, Luís Chaves on bass and Rubinho Barsotti absolutely wailing on the drums.

The tune is by Edu Lobo with lyrics by the brilliant Vinicius de Moraes, and is about the legendary rebel slave, Zumba Ganga, who ruled a large swathe of inland Brazil during colonial times. This version was recorded in 1965. The military had overthrown the elected government the year before. When Elis sings Freedom! Freedom! Freedom! (Liberdade, Liberdade, Liberdade), the audience explodes in applause, then hushes quickly again. You can almost feel the eyes of the police, watching. At the close of the song the audience, swept along on the drums, erupts again and, with headphones, you can hear cries of viva a democracia! By 1969, though, you wouldn’t dare perform this song in public, and I have to wonder how many in this audience saw the inside of one of Brazil’s military prisons. 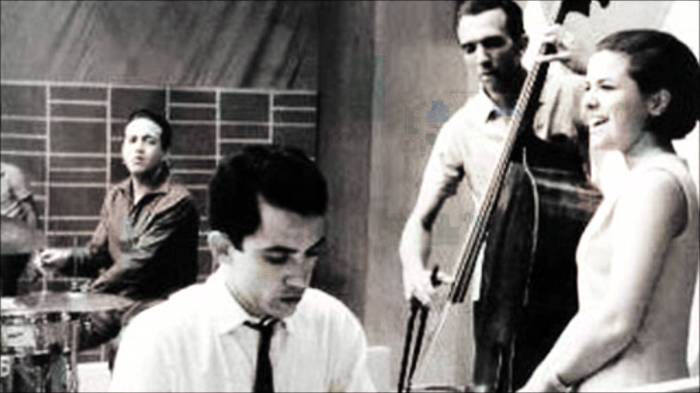