Back in the eighties Cinco de Mayo wasn’t a big thing in Silverlake. September 16 was. People partied in the street, cerveza, tequila, mescal as it grew late. The sweet smell of leafy mota. All kinds of tamales. Vincente Fernandez blaring from huge boom boxes you could buy down on Broadway at wholesale. By 3 a.m. it was Viva Mexico and dancing on the sidewalk. ¡Vivan los héroes que nos dieron la patria y libertad!, slurred. Loud cackling. This was right in the middle of Silver Lake too. Then spelled Silverlake. Pricey apartments were often tenements then, paint peeling from the walls, noisy plumbing. It was a different universe, the old Silverlake. Those buildings are all painted now, the plumbing new. There used to be rats. Now there are screenwriters. The Mexicanos are gone. The Filipinos are gone. Varrio Aztlan is gone. The Armenians are off in Glendale now. The gays are gone to WeHo, where it still rains men on weekends. The punks are gone. Gone the way of the hippies and beats and Russian emigres before them. Gone like the nissei who once owned all the nurseries, also gone. Everything’s gone but us. We’re still here, three decades later, watching the drunk huero hipsters and deciding that vegan fusion tacos aren’t our idea of Cinco de Mayo.

Thirty years ago I remember talking to some geezer who was complaining about all the taquerias. They used to all be hot dog stands, he said. He didn’t even like tacos. He liked hot dogs. But even the hot dogs were new once, he said. The old timers, the farmers and small town people, they didn’t like hot dogs. Too European. Too hunky. Too kraut. You used to be able to get good fried chicken anywhere they said. But then the movie people moved in and everyone wanted hot dogs. The movies ruined Silver Lake, they said. Ruined the place. Tom Mix and the Keystone cops and D.W. Griffith and Mickey Mouse. Now look at it. I did. It looked fine. I liked tacos and cheap rent and weirdos. The geezer shook his head. You would.

Now I look around and miss the tacos and cheap rent and weirdos. The Cinco de Mayo no one cared about and the Dia de Independencia, which refuses to roll off an English speaking tongue without stumbling. Maybe not Vincinte Fernandez at ear splitting volume at three in the morning, but I miss the swigs off a bottle of mescal handed to me just because I was walking down the street on September 16, la dia de independencia. That’s a lot of syllables for a holiday, especially drunk and stoned. Maybe that’s why we celebrate Cinco de Mayo. It’s easier to say. 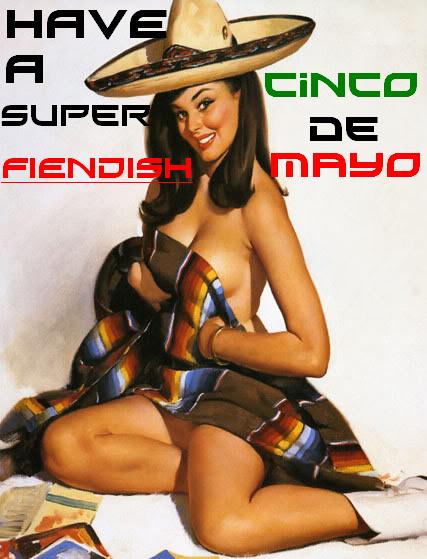 “Whether you’re a vato ‘stache toting patriot or an alcoholic looking for any excuse to drink before noon, everyone loves Cinco de Mayo. Getting drunk on Cinco de Mayo is as Angelenian as circumventing federal legal policy to purchase drugs from licensed doctors’. Sure, you will likely go way over your party budget and end up hooking up with any number of muffin-topped minges, but it’s all in the honor of our hermanos who gave their lives for a country where the drugs come easy and the whores are cheap. Oh, we should also be celebrating Mexico, shouldn’t we? As if LA needs a reason to celebrate tacos and tequila more than we do on a daily basis…”

There are bigots, and then there are hipster bigots.